Feast on Fashion at the Elysian with Sarca

On Thursday I attended Feast on Fashion at the Elysian hotel with boutique Sarca. Attending with me were Ashley of Stiletto Chic and Curvatude. I must say this event is one I look forward to and am always anticipating since my introduction in October. The Elysian doesn’t know when the next event will be but it seems to occur every two months.

Sarca, Gold Coast boutique that boast high designers like Camilla Skovgaard, Mara Hoffman, Alice by Temperly and more -put on a fashion show that showcased spring/summer looks while we noshed on a cheese and meat plate, cauliflower soup and a choice of cobia fish, chicken salad or beet salad. Of course I selected the Cobia fish again. At the end we received gift bags with a bracelet from Damen + Division jewelry!

All shoes Viktor and Rolf
All jewelry Damen + Division jewelry


Damen + Division jewelry
Posted by Brandy at 12:20 PM No comments: Links to this post 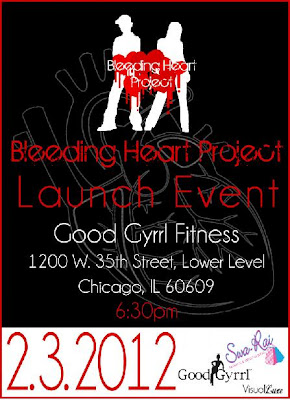 Join Raijean of Swa-Rai for the launch of her Bleeding Heart Project. BHP is an organization that promotes heart health awareness especially in those 50 and younger! interactive night of heart health facts, giveaways, nutritious snacks, massages, red manicures and more!

Ashley of the blog Stiletto Chic went to the CBN party for Lara Miller, check out her fab coverage since I couldn’t make it!

It’s that time again! Tax free day at 900 North Michigan Shops. I have my list ready, do you?
Go here for your pass to tax free days February 18-20 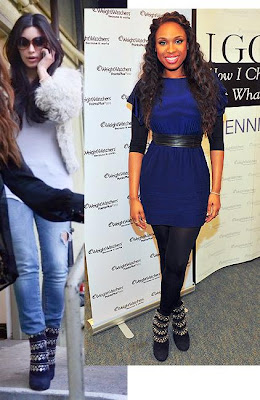 Both Jennifer Hudson and Kim Kardashian were seen this week rocking the $2,000 pair of Azzedine Alaia studded suede booties.

Kim kept it lowkey with a fur jacket, white shirt and jeans while Jennifer dressed it up with a blue dress.

The question is who rocked out and who should have walked away?

Pics via Coolspotters and People.com
Posted by Brandy at 9:05 AM No comments: Links to this post 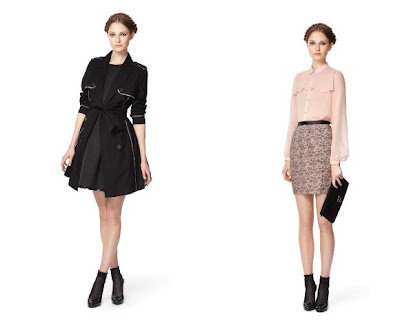 I went to the Feast on Fashion event hosted at the Balsan in Elysian hotel for my birthday and had a wonderful time.

Food, fashion, and fun -who could ask for more? Its back! This time with famed Chicago boutique Sarca. January 26 at half-noon. Bookable by calling 312-646-1300 and priced at only $32 per person.
Lavin has taken over a space on Oak St for a new store. Chicago fashion just keeps getting better.

The Target look book for Jason Wu is out! I must say I see a couple prim and proper pieces I would rock (pic above). See the entire line here

Public Hotel is giving away rooms for $1 a night! Details
Posted by Brandy at 6:29 AM No comments: Links to this post

Chicago’s Walgreens flagship will have nail and eyebrow bars, Blake Lively launches a cupcake for Sprinkles Chicago, and more 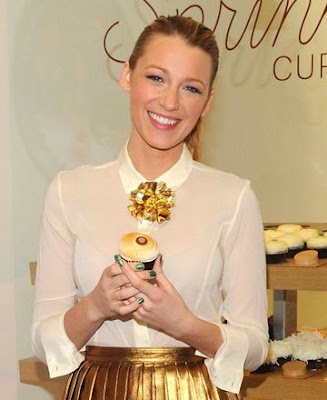 Today Walgreens will open the Loop flagship store on 151 N. State St which boast nail and eyebrow bars, a cafe with fresh-brewed coffee, breads and pastries; a juice, sushi and smoothie bar and wine! A girls’ dream!

Also another two-story Walgreens will open at the old Borders location at 2817 N. Clark St.


Sprinkles Cupcakes has just launched a new flavor - S'more from now until February 6th in partnership with Blake Lively (above), using her favorite ingredients.

Sprinkles is donating 100% of the proceeds of the sale of the S'more Cupcake to Oxfam ( Oxfam works to create lasting solutions to the injustice of poverty).


Johnson Publishing the publisher of Ebony and Jet plans to move to the top floors of the Borg-Warner Building. It surly will be missed on 8th and Michigan.

Also yours truly has been nominated as best dressed at the Chicago Blogger Network's Rent the Runway party. Go vote for me! Top right picture, click and it will lead you to the poll!
Posted by Brandy at 6:58 AM 1 comment: Links to this post 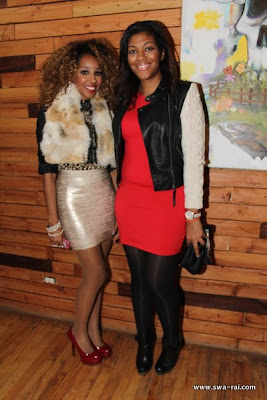 In December, I went to a X Rated Liqueur party and was able to interview the fabulous blogger and entrepreneur Necole Bitchie. Though I was only able to get a couple questions in she made me think. When it comes to me and my 'brand' as well as what I am striving to be.

If you have been following me since day one, you would know it started in 2007. I was receiving a host of information and I wanted to share with more than just friends and family. I started blogging and it led to a ton of opportunities.

Have I evolved in blogging and writing? Yes but for me- not a 360. Talking to Necole I realized that I have not reached my full potential , I have not fully embraced my ideas. As Necole said, I have sat by and let others success be enough for me as well as block my own blessings.

I love blogging and will continue to love it but there is more for me. I wouldn't put myself through the next three years of school just for fun. I've always had a dream of having a magazine, writing professionally as well as founding something that will help all the other talented people I know.

I have always had ideas and never took the reins fully just to see someone else take action and have major success with the same idea.

Talking to Necole has awoken dreams that were forgotten.

I'm writing this because of a change for 2012 that I want. It starts with being more open and sharing. Because if you are close to me you know, a blog this personal would never happen in a million years. I am very private and very guarded but a change has to come!

I'm looking for to my future classes that will put the tools in my hands to help me achieve my goals as well as networking more.
Happy 2012

Mrs. Windy City: What's next for you?

2012 is all or nothing for me. I'm going to do the whole stepping out more, more camera work, more acting, just anything that comes my way. I have turned down so much stuff in 2011. Acting roles, auditions, and hosting spots. All these big opportunities and I think it was because I surrounded myself with a lot of talented people and felt like some of those people were more talented. But people wanted me because of the audience and the brand. You can’t do that because you block your own blessings. I may also do a docu-series, who knows. Whatever come my way, I'm just going to go with the flow.

MWC: What do you see is next for bloggers?

I feel like it’s so saturated right now, especially being a new blogger. It’s just so hard now, how to compete with people who have been on the scene. Bloggers are starting to do their own media companies. Media Take Out as their own dating show, Bossip has their five minutes clips of interviews, web series.

Everyone is doing the media production company on the web. That's the natural route.
Posted by Brandy at 8:31 AM No comments: Links to this post